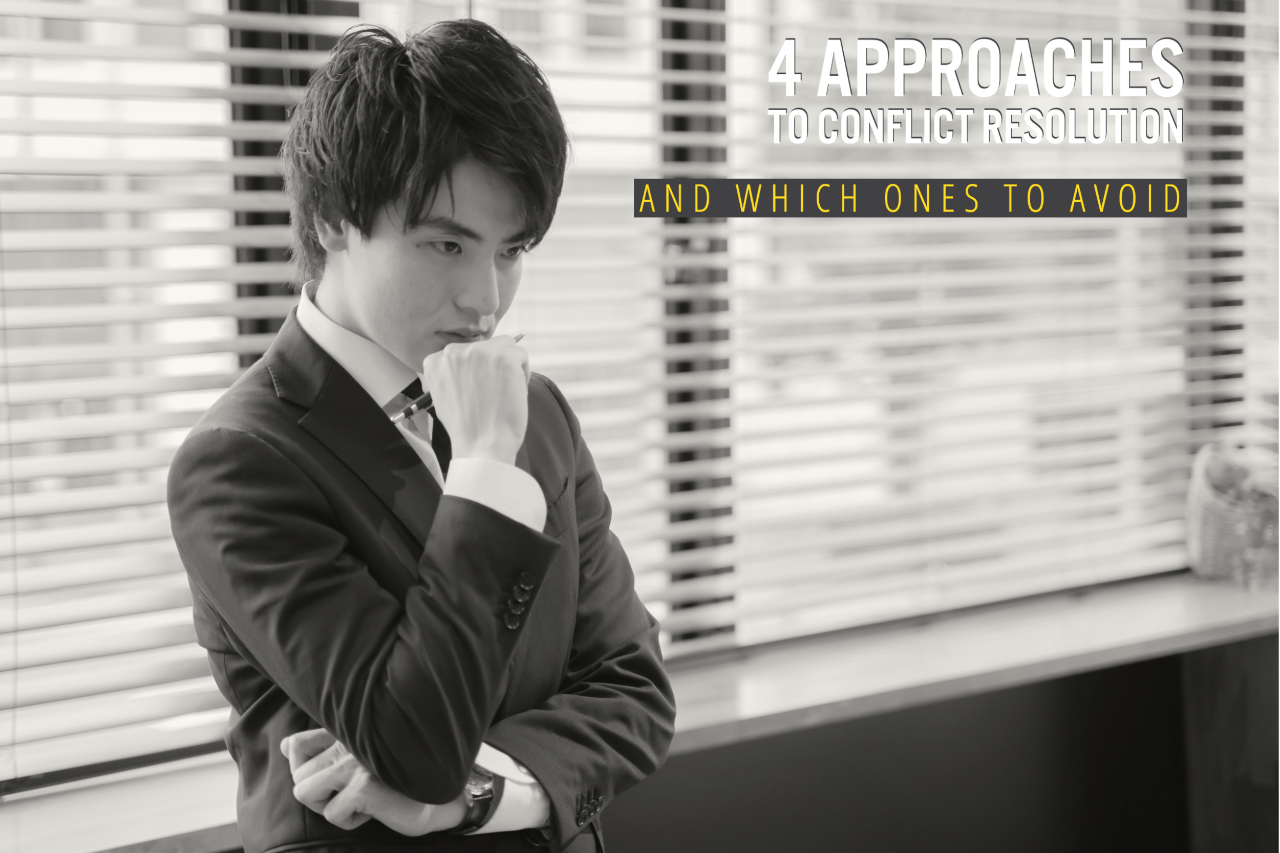 Conflict is inevitable, whether it is your teenager wanting to push your boundaries, marital communication challenges, or an employee who disagrees with your decisions, conflict resolution is pretty helpful.

Because we are human, we all have a slightly different approach to life. Dealing with the conflict these differences cause is a must for any leader of impact.

There are at least four different ways of dealing with conflict. Choosing as your response flight, feel, fight or forgive will mean different outcomes.

Many people choose to run from conflict. This is known as the flight response. Conflict avoidance only provides temporary relief and almost always makes the problem worse. To ignore the conflict gives the other party a chance to get away with his or her behavior and consequently have no opportunity to change. The employee who is in disagreement with you will think he must be right, or at the least that his behavior is acceptable at some level. After all, if you don’t care enough to deal with it, it must not be that important to you. Conversely, if the difference of opinion is dealt with in a way that respects both parties, the other person can feel that at least you care enough to help him grow.

I once had an employee who wanted to work through her lunch every day in order to leave early to take an exercise class in the late afternoon. I told her that that wasn’t acceptable, because we worked as a team and needed her to be there until the end of the day. She was quite surprised at the refusal and let me know she disagreed with my decision. I held firm to my answer and she let me know she disagreed with it. Years later I heard from someone who worked with her later that she considered me one of her best bosses ever!  That certainly affirmed my willingness to deal with the conflict in a healthy manner.

The second option in dealing with conflict is where the leader feels the conflict and internalizes it without actually dealing with the other party. Feeling the tension is a good thing, if it helps you to empathize with the feelings of the other party, but internalizing the tension and not dealing with the problem leads to unhealthy stress. When raising teenagers, many parents don’t want to deal with the attitude of their child and therefore just feel bad, all by themselves, not giving their son or daughter a chance to grow and learn.

In contrast with the flight or feel response, sometimes we choose to fight. At least in this case, we are actually dealing with the other person rather than avoiding them. But fighting can have negative consequences as well. Choosing to fight with someone can cause us to have many negative feelings about them and damage the relationship. Sitting down and having a conversation that is calm and respectful doesn’t feel at all like fighting. If a relationship has deteriorated to the point where it seems all you do is fight, you need to acknowledge that that is a waste of emotional energy and try something different.

The fourth response to conflict is to forgive. If, during the conflict, you have felt wounded by the other party, choosing to forgive is the best step forward. Read more about the topic of forgiveness in a previous article. But I am talking here about an attitude of forgiveness. To the other person this feels like, “He disagrees with me but respects me enough to be honest.” Forgiveness doesn’t mean that you agree with the view of the other person, but that you respect their right to disagree with you.

Dealing with conflict in a healthy way is good for your home life and for business as well. No one has the privilege of being in a conflict-free life, but we can all do our best to be in healthy and safe relationships. When a business is full of conflict this hurts relationships and leads to lots of turnover in personnel which hurts the bottom line, not to mention taking the joy out of the work you have been given.

Think about a conflict you have had, or are having presently.

How have you dealt with conflict in the past?

Did you tend to run away or internalize the negative feelings?

Did you try to get back at the other person, or have you learned to calmly deal with conflict in a healthy way?

This takes practice! When we discipline ourselves to not react, but instead to listen and empathize with the other party, we are heading towards healthy conflict resolution and stronger relationships.

We are becoming leaders of impact.

THE IMPORTANCE OF BUILDING GOOD RELATIONSHIPS WITH YOUR TEAM